Years ago, the distinction between Fort Lauderdale and Boca Raton was pretty clear. Fort Lauderdale was an exciting college and party town, while Boca Raton was a primarily upscale retirement community. Since then, significant investment and development has transformed both cities into excellent destinations for residents of all ages and lifestyles. Fort Lauderdale has seen a growth in its arts culture as well as an influx of youth from growing universities nearby and a new population of young professional property owners. Boca Raton has also seen an influx of youth with the growth of Florida Atlantic University, as well as growing attractions for dining, nightlife, and entertainment. Both of these cities used to be in the shadow of Miami and and seen as an alternative with a little more space to spread out. However, now both of these cities have developed a unique culture of their own, best suited for people of all ages. It is tough to say which city is best for you when considering a luxury condominium or single family home purchase, as both Boca Raton and Fort Lauderdale offer the very best in dining, nightlife, shopping, and entertainment. Once you take a look at the options for all of these in both cities, it is really just a matter of the pace at which you’d like to do them and if you prefer a more suburban environment to that of an emerging city. 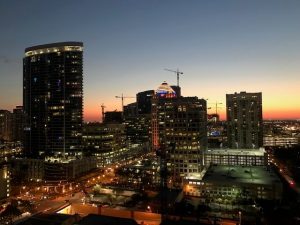 Fort Lauderdale is home to some of the hottest clubs in South Florida. Many club-goers even make the trip up from Miami to attend some of these destinations, like LIV in the W hotel. The Sway Nightclub and Rooftop are also known to host top acts in electronic music and hip-hop scene. Along the popular dining and shopping destinations, such as Las Olas, there is a Blue Martini lounge, and a fun-themed bar called “YOLO”, because you only live once! In addition to the club scene and high-end lounges, Fort Lauderdale also offers laid-back casual hangouts like Cycle Party and the Field Irish Pub & Bar. To mention nightlife and Boca Raton in the same sentence a few years ago would likely bring out a noise complaint! However, Boca has evolved and now offers high-end nightlife, bars, and lounges on par with any city in South Florida, including Miami and Fort Lauderdale. Platforms Dance Club in Boca Raton is a great place to shake your groove thing to all of the old favorites from the 70’s, 80’s, & 90’s. Despite the older-themed music, this Boca hotspot attracts dancers and partygoers of all ages. The Funky Biscuit Brewery offers a laid-back environment to sample some microbrews or challenge your friends to one of the many bar games, such as darts, giant jenga, or shoots. Mizner’s Monkey Bar, located directly in Mizner Park, is a high-end lounge offering world-class cocktails from a mixologist and experienced staff. Almost all of the high-end restaurants in Boca Raton also offer a lounge are with high-end cocktails. 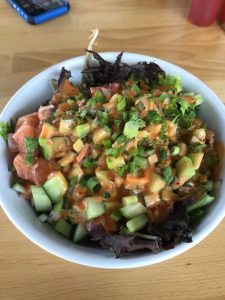 As both Boca Raton and Fort Lauderdale started to add more luxury properties, the dining options have expanded dramatically. Fort Lauderdale is now seen as a premier destination for dining in South Florida and hosts some of the hottest restaurants with some of the world’s most renowned chefs. Shooters Restaurant offers stunning views right on the water while you dine. The Milk Money Bar & Kitchen serves up speciality cocktails as well as interesting New-American fare and tapas. In fact, many restaurants in Fort Lauderdale offer small plate options, as sometimes a full meal is not ideal when running around town shopping and hitting the beach. Chef Jean Pierre’s cooking school offers five-star dining options made by the school’s students, one of the best culinary institutes in the area. Boca Raton has seen an influx of home-grown restaurants and a wide option of farm-to-table options for those living a healthy lifestyle. The Farmer’s Table uses all locally sourced ingredients from South and Central Florida farms. Kapow Noodle House in Mizner Park offers up some of the best Asian-Fusion in all of South Florida with options for chinese, japanese, and korean delicacies alike. Kapow is known for its outstanding pho soup, and Boca Raton has a number of outstanding pho restaurants. A simple walk down the strip in Las Olas or through Mizner Park has enough dining options to fulfill any type of craving you have. You could try a new restaurant every weekend and likely new run out of options! 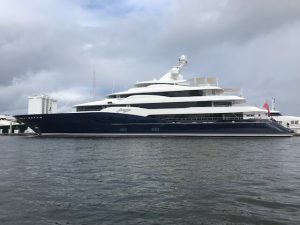 Boca Raton is home to some of South Florida’s most exclusive and functional yacht clubs. The Royal Palm Yacht Club and the Yacht Club at Marina One are equipped to handle vessels of any size, even some of the world’s largest superyachts. The canals in Boca Raton offer direct access to the Intercostal Waterway as well as the Atlantic Ocean, as do Fort Lauderdale’s. However, Fort Lauderdale is often called “The Venice of America” because of its over 3,000 miles of canals and waterways. There are plenty of luxury condominiums and single family homes available on the shores in both cities, complete with a dock and a boat lift for year-round storage of your vessel. If you are looking for a very pervasive boating culture and more mileage for cruising, then Fort Lauderdale is probably the best choice for you. If you’re looking for a quiet place to dock your boat or yacht with less boat traffic and easy access to major waterways, then Boca Raton is probably best for you. While both cities offer a great time out on the boat, whether its fishing, cruising, tubing, or taking in a sunset. Fort Lauderdale is typically seen as the more boat-active community because of the larger stretches of canals. 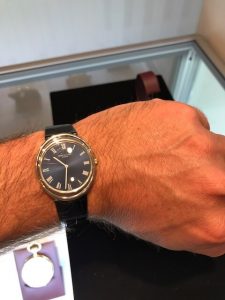 Depending on what you’re shopping for how nice those things are, both Fort Lauderdale and Boca Raton have excellent options. Not just for high-end fashion, but for all kinds of items ranging from jewelry, handbags, to high-end goods. Mizner Park, situated in the heart of Boca Raton, has tons of high-end options from retail stores like Tommy Bahama and Swarovski Diamonds. Boca Raton is also home to Royal Palm Plaza that hosts dozens of boutique shops and retail options for all types of fashions and products. Despite the great options for high-end shopping in Boca Raton, Fort Lauderdale probably has the edge when it comes to high-end shopping. Fort Lauderdale is home to Las Olas, the Galleria, and the nearby Sawgrass Mall. Each of these shopping destinations has a little something for everybody, and people from all areas of South Florida often flock to Fort Lauderdale to get some shopping done. Stores down on Las Olas range from your classic high-end brand retail stores to more niche products, like Swimworld, offering everything you need to hit the beach or boat. The strip at Las Olas is also home to a number of antique shops like Daniel’s Antiques and Amini Rug Gallery. In Boca Raton, you’ll be able to find any kind of luxury item, clothing, or jewely you desire, but Fort Lauderdale has even more options. And the great news is, since they are just about 30 minutes apart, that buying a luxury condominium or single family home in either city will put tons of great shopping at your fingertips! 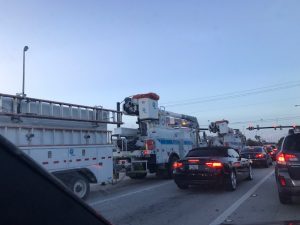 Since Boca Raton is a little less consolidated in layout and has less large multi-floor buildings, there is typically much less traffic that Fort Lauderdale, at all times of day. While Boca Raton does experience some traffic along Glades Rd., Federal Highway, and other major thoroughfares during peak hours, the level of traffic and congestion is usually higher in Fort Lauderdale, which is largely a more “metropolitan” city. On the flipside of this, the Fort Lauderdale transit system is highly regarded and functional to all areas of South Florida. It even connects to the nearby Florida Light Rail that services Fort Lauderdale airport and stops along the Florida coast. To live in Fort Lauderdale, you may not even need a car! However, if you choose to bring your vehicle, many luxury condominiums and single family homes come with reserved residential parking spaces. While traffic can be less heavy in Boca, the neighborhood is much more spread out and does not lend itself to traveling by foot or by public transportation in many areas. Both Boca Raton and Fort Lauderdale are easily accessible from I-95 as well as all other major thoroughfares in South Florida, such as Military Trail, Federal Highway, and Florida’s Turnpike. Such close proximity to these interstate roads makes traveling to other vibrant areas of South Florida, area airports, and other parts of the state quick and easy. As for air travel, Fort Lauderdale Hollywood International Airport has grown into truly an international hub of air travel, just minutes from dozens of luxury properties for sale in the city. Miami International is just about 30 minutes away as well and offers international flights but is often more congested and more difficult to park. However, if you choose to live in Boca Raton, you’ll have the option of traveling to Palm Beach Airport, about an hour’s drive to the north, or to Fort Lauderdale Hollywood International about a 30 minute’s drive to the south.

As more and more older Americans choose to settle in South Florida, in both the towns of Fort Lauderdale and Boca Raton, some of the nation’s best doctors and medical facilities have followed them down. South Florida is known for some of the best hospitals for both treatment and research in the country. Boca Raton is home to the Cancer Treatment Centers of America Headquarters, as well as Boca Raton Regional Hospital, considered one of the best surgical centers in all of South Florida. In Fort Lauderdale, Holy Cross Hospital and Kindred Hospital are both in the heart of the city and easily accessible from any areas of South Florida. The Plantation General Hospital just west of the city also has an emergency room and urgent care services available. Additionally, the Boca is home to dozens of specialist offices and surgeons, some with seasonal residencies in Boca Raton from high-regarded New York and Northeast medical centers. If you;re looking for a place for the folks, both Boca Raton and Fort Lauderdale have top-notch assisted living facilities, many right along the beautiful shores of the Intercostal Waterway or the Atlantic Ocean.